On the MSNBC home page last week they were doing an update on twitter and the most followed person.  Can you guess who it was?  It was Brittney Spears.  Want to know how many people are following her?  Oh around 4 million or something like that.  At the prompt of 60 letters and in less than 30 seconds she has immediate influence and access into 4 million peoples lives.  I’ve pondered on that a lot the past few days.  Only because what could happen if she really used her influence for greater Impact than herself?  I’m not saying that she does not do good things but to have that kind of influence into people’s lives… what would or could happen if????

Then I think about Paige Livesay.  Remember me telling you about her?  She set out to run a half marathon to build houses and she’s 15.  She started out wanting to raise around 6000.00.  Because of the Influence and IMPACT the Livesay family has in a matter of hours she blew that number out of the water.  Today the ticker is at 34,632.00.  The cost to build a house is about 2500.00.  Even better… for each house she raises money for, a housing company will build one too….  Double the impact.  Her race is almost here.  Go support her if you can and be a part of her story.

Paige inspires me.   USING influence to have IMPACT.  I’m so proud of her.  I want to invest and give and leverage all the influence in my life for Kingdom Impact.  Paige and her journey and watching her from afar helps me in my own process.   The houses Paige is helping to build will be there long after most of our lives… Leaving Impact is Powerful.

Tent Cities In Haiti….The need is so great.  Thinking about Haiti today as I clean my own home up for the day.  My Haitian son is sitting on the couch with his sisters watching “Barney.”  Many Haitian children like Frankie just spent the night in a tent house as the rains keep coming and drenched it all.  There is not a day that goes by that I don’t think about the people of Haiti as part of Haiti now physically resides in our own home…. 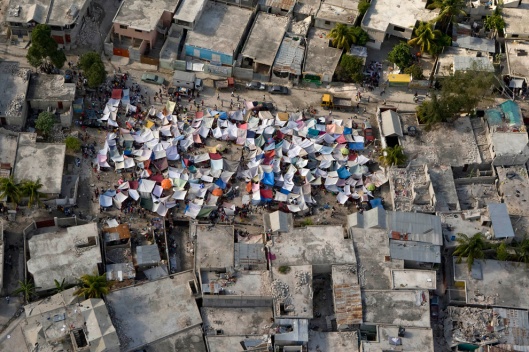 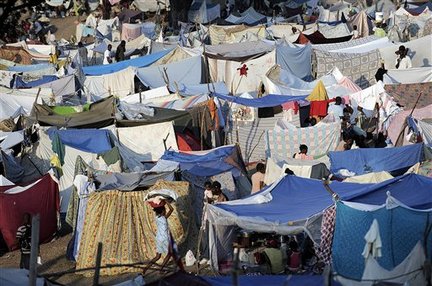 3 thoughts on “Influence to Impact”